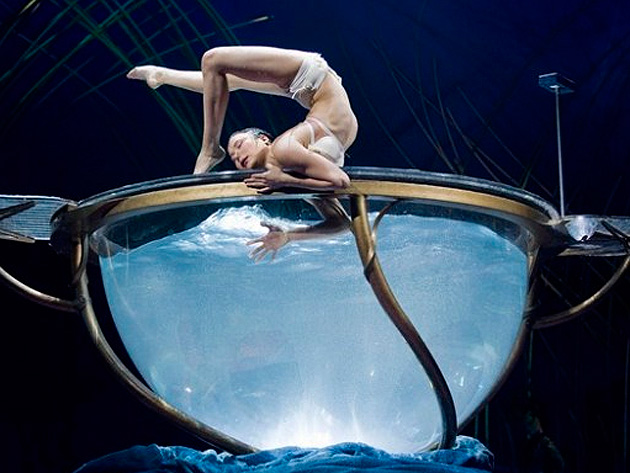 Directed by renowned theatre director Diane Paulus, the newest Big Top creation from Cirque du Soleil, Amaluna, opens tonight in Toronto. Due to overwhelming demand Cirque  du Soleil announced today that 18 new and final performances have been added to the Toronto engagement. Presented by the Desjardins Group, Amaluna will be presented under the Blue-and Yellow Big Top at the Port Lands on Cherry Street until November 4, 2012.

Amaluna had its world-premiere and began its tour in Montreal last April. The show visited Quebec City this summer and will perform in Toronto before heading to Vancouver in November 2012. Amaluna will be the 14th Big Top production to visit Toronto since 1985.

Tickets for Amaluna are now available via cirquedusoleil.com/amaluna.

Amaluna invites the audience to a mysterious island governed by Goddesses and guided by the cycles of the moon.  Their queen, Prospera, directs her daughter’s coming-of-age ceremony in a rite that honours femininity, renewal, rebirth and balance which marks the passing of these insights and values from one generation to the next.

In the wake of a storm caused by Prospera, a group of young men land on the island, triggering an epic, emotional story of love between Prospera’s daughter and a brave young suitor. But theirs is a love that will be put to the test. The couple must face numerous demanding trials and overcome daunting setbacks before they can achieve mutual trust, faith and harmony.

Amaluna is a fusion of the words ama, which refers to “mother” in many languages, and luna, which means “moon,” a symbol of femininity that evokes both the mother-daughter relationship and the idea of goddess and protector of the planet. Amaluna is also the name of the mysterious island where the story unfolds.

Amaluna has a cast of 50 artists hailing from 15 different countries.