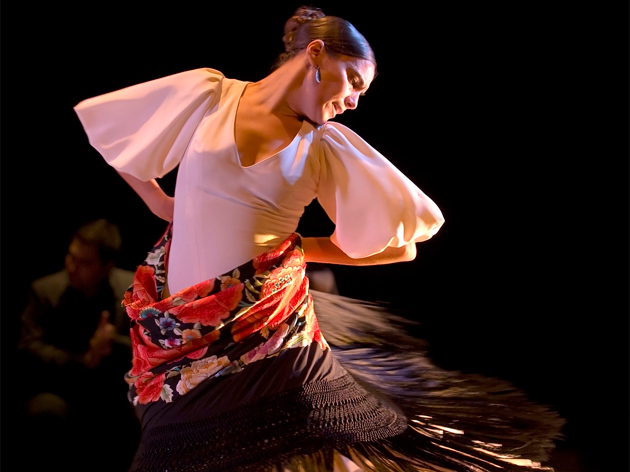 Considered one of the most outstanding dancers of her generation and called “one of flamenco’s hottest properties” by the Boston Herald, award-winning Flamenco choreographer Rafaela Carrasco will present the Canadian premiere of the award-winning Vamos Al Tiroteo at the Sony Centre for the Performing Arts on Saturday, October 20, 8PM.
With a company of five dancers and live musicians, Vamos al Tiroteo is set to a selection of popular Spanish songs originally recorded by Federico García Lorca and sung by La Argentinita in 1931, bringing new life and energy to the music that inspired a hugely influential generation of flamenco artists.

In addition and also performing that evening:  Toronto teacher, dancer and choreographer Carmen Romero will collaborate with rising jazz pianist Scott Metcalfe to present a preview of their new work May I join you?; and Ilse Gudiño, a multi-disciplinary artist, will bring her unique dance perspective to compliment the evening.

After last year’s standing room only success, the Festival will again present a free lunch time dance performance in the Richard Bradshaw Amphitheatre at the Four Seasons Centre for the Performing Arts, 145 Queen Street West, on Wednesday, October 17, 12noon. Last year’s performance was completely sold out and patrons are being advised to line-up two hours before the show.

New this year, a film series produced in coordination with the Bloor Hot Docs Cinema and programmed by Lionel Félix, Founder & Executive Producer of the Toronto International Flamenco Festival.  Consisting of five films shown over three days, complete details can be found at www.bloorcinema.com.