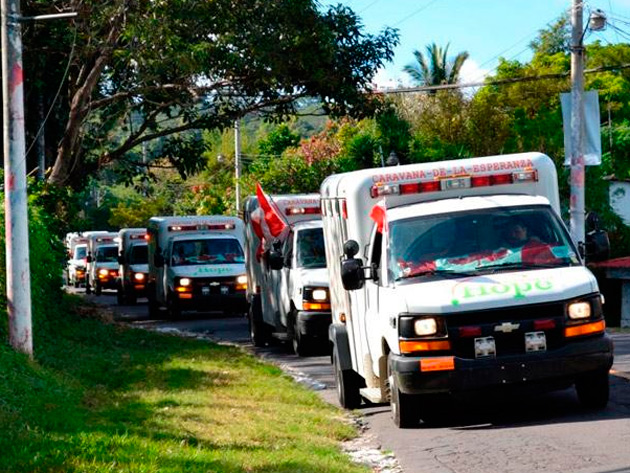 They are in Canada to meet with the Salvadorean-Canadian community and to participate in a fundraising activity for the Caravan of Hope, a solidarity organization which has sent tens of ambulances to Central and South America.  The delegation will be joined by prominent Canadians such as MP Olivia Chow, Councillors Joe Mihevc and Maria Augimeri and others at the event this Friday, September 29th, 2012 at 7PM at the LIUNA 183 Hall at 1263 Wilson Ave.